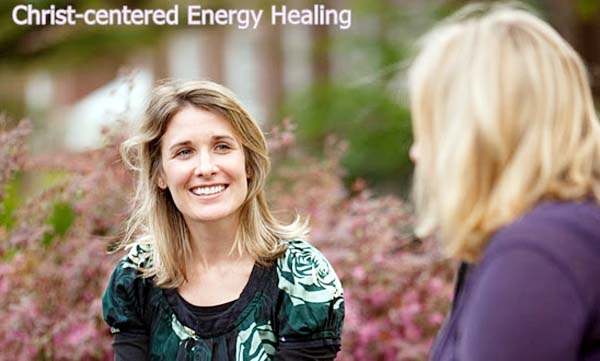 Just as music has rules of theory and order, so do our bodies

Muscle-response testing is a fascinating way of communicating with your intelligence or sub-conscious mind in the same way a lie detector test measures our physiological response to truth and lies. Let me share a way to explain how it works through the principles related to music.

People who play stringed instruments actually loosen the string and then, upon hearing a tuning cue, tighten the string until its sound wave comes into a perfect alignment with the frequency or vibration of the sound wave of the tuning cue.
Continued below… 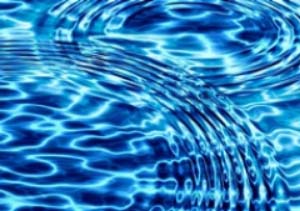 Two levels of water will always adjust to become one level. Likewise, the frequency of our energy vibrations will tend to calibrate to the frequency of the vibrations with which we surround ourselves. This lends a whole new significance to choosing good friends. We calibrate our frequencies to the five people we spend the most time with. Choose them wisely. 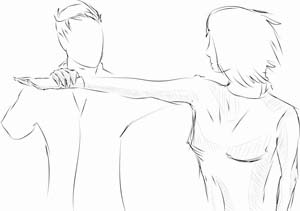 Please remember that Applied Kinesiology or Muscle-Response Testing is a witness, but it is not the witness. The one and only true witness of anything is the witness of the Holy Spirit confirming or denying. As you honor muscle-testing as a spiritual gift and use it with faith, it can serve you well. I find it to be most reliable when I am using it with faith and pure intent and in the service of others. 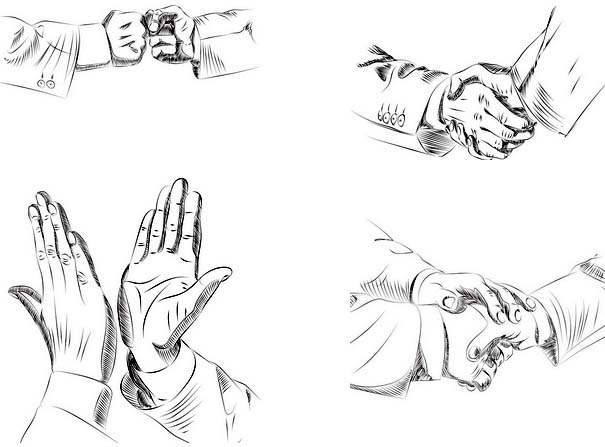 After performing a baseline deltoid muscle-response test on a partner, see how the following affects the body’s energy frequency:

The Power of Casting Emotional Trauma to the Savior

I am often asked how I approach a client who doesn’t believe in the Savior. Here is an example of how I used the tool of muscle-response testing to share the power of Christ-centered healing.

“Tom” came to his appointment stating that he was a skeptic and an atheist. After muscle-testing indicated a significant trauma at the age of four, I asked him if he remembered anything specific from that age. He replied that was the age his parents had given him away for adoption.

Although I typically clear all emotional trauma through the Atonement of the Savior Jesus Christ, I don’t push my beliefs on others. Instead, I give my clients the option of how they would like to clear their traumas.

With Tom, I decided to try an experiment. I would use the tool of deltoid muscle-response testing to check the amount of trauma remaining in his body after he participated in three different options of clearing.

First, he simply verbalized that his traumatic emotions were cleared. I pushed on his arm and asked if the trauma still remained. (A strong test is yes, it still remains. A weak test would indicate a no, the trauma did not remain.) His arm went down slightly indicating that not much had actually cleared from his body.

Next, he verbalized that his traumatic emotions were cleared but in addition, he gave them to a “Higher Power.” When I re-tested to determine if the trauma still remained, his arm went down further than the first time. This indicated that by giving the negative emotions to a Higher Power, he had cleared a greater portion of the negative emotions from his body.

Finally, he declared that he cast out the burden of these traumatic emotions and gave them to the Savior. This time, when I asked if trauma still remained in his body, his arm went straight down indicating a resounding NO!

After this experiment, I asked him which method he preferred to use for the remainder of his clearing session. He chose to proceed by casting out the burdens of his negative and traumatic emotions by giving them to the Savior.

His own body testified to him of the power of casting our burdens to our Savior, Jesus Christ, and by measuring through the energy tool of muscle-response testing, he could see the evidence. This was a much more powerful witness than any words I could possibly have said.

Try to muscle-test your own body to determine truth! 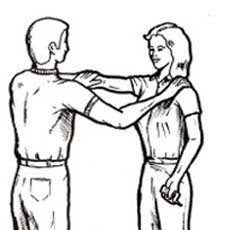 The Rule of Two:

The “Deltoid” Muscle-test
Have the person hold their arm out at a 90 degree angle.
Now use the “Rule of Two:”

2 Fingers
2 Pounds of Pressure
2 Seconds
Between 2 joints (wrist and elbow)
Always start with your fingers already on the arm. If you come down onto the arm with momentum,
it will always go down. 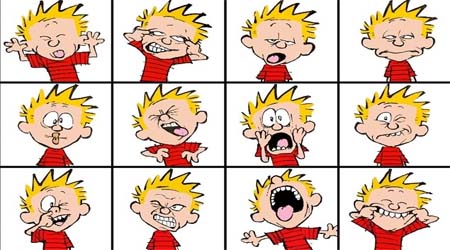 When all of the strings are aligned with their appropriate tuning cues, the instrument is considered to be in-tune and can then play harmoniously with other tuned instruments.

Muscle Testing Non-physical
Testing is pretty straightforward when it comes to the physical body but gets pretty interesting when you use it for emotional, mental, or spiritual testing.

Try making a statement that you know to be false (such as your gender or name) and the dissonance of that statement will lower the frequency of your energy, resulting in a weak test response. Try muscle-testing while making a negative statement about yourself or someone else and you will get the same result. 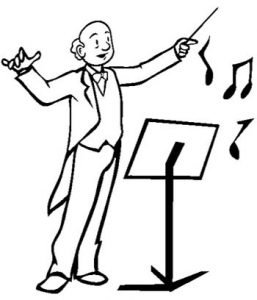 Best Results from Being in Tune

When we sit back and listen to an orchestra play a beautiful piece of music, most of us are largely unaware of the laws of music theory that are at work to make all of the instruments come together in a soul-stirring whole.

It is interesting to note, even if every musician played every note of the song to perfection, yet their instruments were out of tune, the music would make every listener physically cringe (trust me, I know – I’ve heard a few middle school orchestras in my day!) Even if most of the instruments were tuned, but a few were off, it would have the same result. 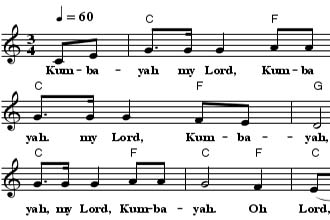 Harmony also has certain frequencies, which will either sound dissonant or pleasing to the listener’s ear. Two notes that are a whole step apart (ie: 2nd interval – or C and D) sound very dissonant or sour whereas notes that are two whole steps or three and a half steps apart (ie: 3rd and 5th intervals or C, E, and G – think of the song “Kum By Ya”) sound very pleasing or harmonious to the listener’s ear. 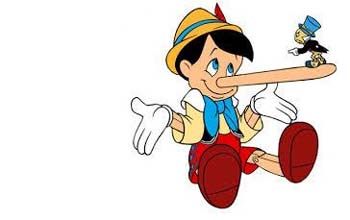 “Cognitive dissonance” is a very familiar psychological term. It means your actions are incongruous (out-of-sync) with your beliefs.

Most people will make efforts to rationalize either their beliefs or change their actions to bring themselves back into harmony because if not, it causes their bodies, minds, and souls distress.

Fortunately, living Christ-like attributes brings us back into tune and our body’s energy.

It causes us to have a faster frequency and consequently stronger and healthier bodies! 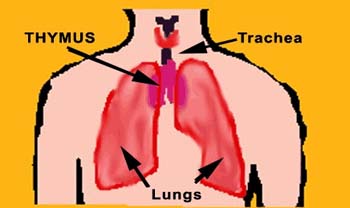 Our body seeks harmony. The thymus gland (center of the chest) is a very sensitive spot to vibrations. Try putting different foods, supplements, or medications up against your thymus and then having someone do a deltoid muscle-test. All matter has energy and emanates vibrations. If the item’s vibration is in harmony with your vibration, you will be in-tune and your arm will remain strong. If the vibrations emanating from the item are not in harmony with your body’s vibration, you will experience dissonance and your vibration will slow down. This will result in a weak muscle-test. As proof, perform a muscle-test while holding a can of pop in front of your Thymus and again while holding a piece of fruit there. Your body’s response is immediate! 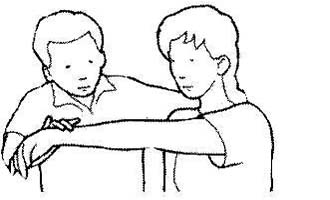 An easy way to put this to the test is to hold your arm out at a 90-degree angle from your body and have someone push down with two fingers between the elbow and wrist as you resist.

(This is not a strength contest – the arm will either lock or release with very little pressure.)

Now have that person touch another part of your body with their other hand while he/she is putting the same amount of pressure on your arm. 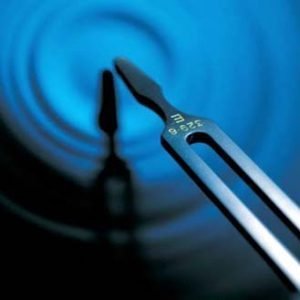 Rules of Theory and Order

Just as music has its rules of theory and order, so do our bodies. Every object radiates energy and that energy has a vibration or frequency. Our bodies have energy emanating from them.

The more “in-tune” we are physically, emotionally, mentally, and spiritually the faster our energy vibration, or frequency, will move. When any systems of our bodies are inhibited, the vibration slows down and we become weakened or out-of-tune.

As you ‘tune-up’ your life and invite the Holy Spirit, your frequency and vibration will increase and you will enjoy better health – emotionally and spiritually – as well as physically! 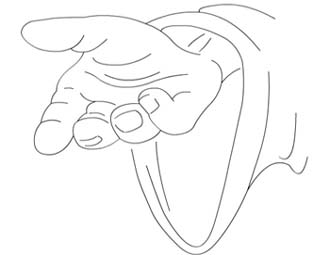